How to Create an Augmented Reality App

Augmented Reality (AR) keeps flourishing in the digital world, and there is every reason to believe that the trend for augmented reality app development will prevail.

Though popularized in entertainment technology especially after launching Pokemon Go, augmented reality has grown into multiple industries such as healthcare, e-commerce, architecture, real estate, and many more. Companies make use of augmented reality to implement product demonstrations, interactive advertising while providing real-time information to customers remotely. 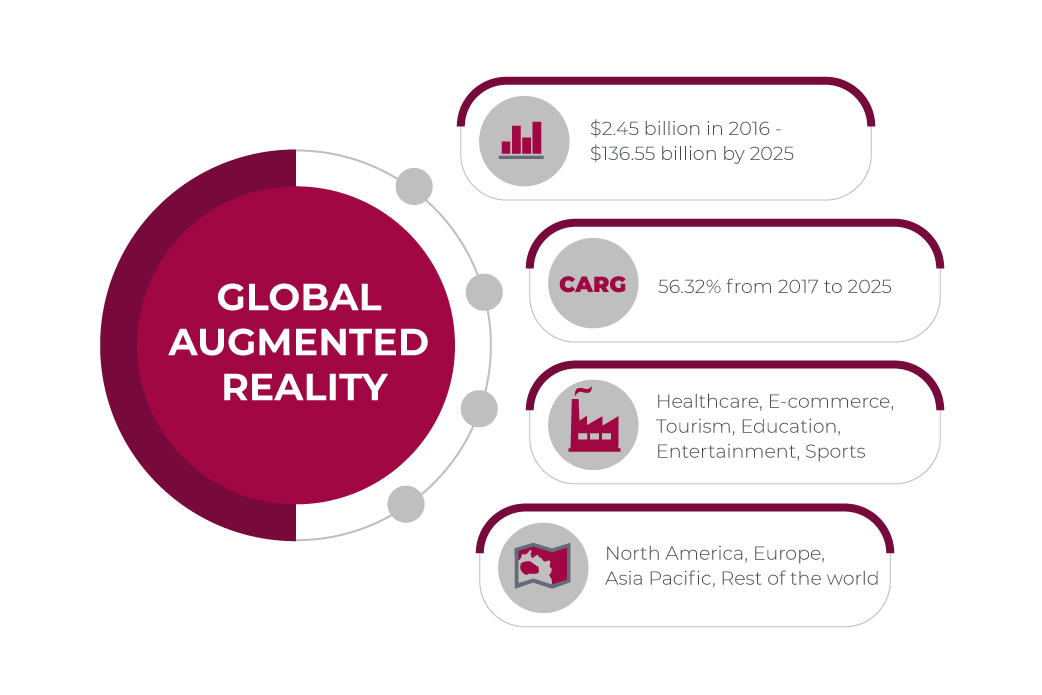 People are continually drawn to augmented reality: according to ISACA studies, 70% believe that by incorporating it into their daily lives, they will enhance the ability to get new skills, while 67% believe that AR is beneficial for healthcare services, and 64% see the potential for hassle-free shopping with AR. So, it's no surprise that so many entrepreneurs are wondering how to make augmented reality app nowadays.

How Can Augmented Reality Create Value for Your Business?

Augmented reality traces back to the late 1960s and is called The Ultimate Display by Ivan Sutherland. As time went by, augmented reality has been connected to the entertainment industry offering new experiences for game enthusiasts.

AR apps are applied on a wide scale in games, photos on different social media platforms especially, Snapchat as well as other industries incorporating advanced technology in their services such as healthcare or medical sciences, retail, tourism, and education.

As technology evolves, augmented reality gets a ‘boost’ too with newly discovered information.

Augmented reality provides a powerful and helpful tool in healthcare software development as it gives a wide variety of opportunities for training and performing procedures by healthcare professionals. An example would be Microsoft’s HoloLens wherein doctors learn about human anatomy differently via advanced technology. Surgical procedures, tumor identification, blood flow visualization, and even reconstructive surgery procedure planning are easier with the use of augmented reality. 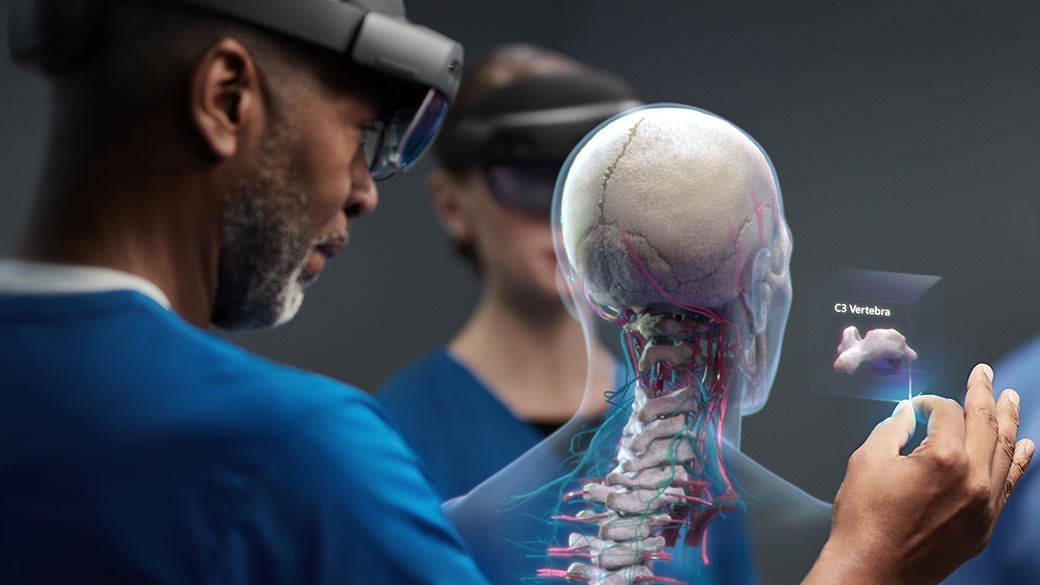 Although сustom eCommerce solutions have changed the ways of shopping, it is still different when you can touch, see, and feel the products you want to buy. From furniture to clothes and make-up, augmented reality offers a different take on shopping. AR works by using a camera or a photo uploaded over the application. Users can easily pick a piece of clothing or make-up and see virtually how it looks on their faces or body. This helps consumers shop for items easily without having to go to a physical store.

Augmented reality deems not only helpful but also informative. Gone are the days when one should carry paper maps for traveling to find out which direction to go. From a mobile device, sound, video, graphics, and GPS data can easily point you in the right direction when you want to go from one place to another. On the other hand, historical trivia about different places in the world can easily be known when traveling without having to check a book or browse the internet for data. Wikitude app offers different insights and information about certain places around you with just the use of your camera phone and internet which makes it easier for travelers from all over the world.

One of the most popular industries to incorporate augmented reality into, from Snapchat’s Lens features wherein users can take photos of them with different face transformations to Niantic’s famous Pokemon Go. Choosing a seat in cinemas, concert tickets, and even in the Super Bowl. StubHub developed a feature wherein users can see a virtual 3D model of the U.S. Bank Stadium so ticket buyers can choose the best seats they prefer. Another example is when AR is used in different sports such as football, baseball, or cricket—identifying the trajectory of a ball being hit highlighting if it was successful or not.

Augmented reality plays an important part in both the present and future of eLearning software development. With the use of AR, real-looking objects can easily be projected in a learning environment, allowing a student to see the real-like image instead of showing pictures in picture books. Teachers can also use different types of applications for such subjects as Chemistry, Physics, Biology, and Math so that students are continually stimulated by engaging in the fun learning experience and experiments.

How Do Augmented Reality Apps Work?

Augmented reality is capable of extracting visual data and information in two different ways: marker tracking and image recognition through a smartphone and its camera.

Marker tracking uses square markers encoded with ID while image recognition uses 2D images like product packaging, photos, and paintings. With this data, the software distinguishes where it is physically located through the marker or image. Moreover, other tracking methods have continuously been developed including 3D object tracking for toys, furniture, sculptures, and other things recognized by the software.

Smartphones often come to mind when you hear the term ‘Augmented Reality’. However, we, as an augmented reality app development services providers, understand that with the evolution of technology and AR, there are other ways to use augmented reality in our daily lives.

Projection-based AR projects light, digital images, objects, and the environment into a surface in two methods. One is interactive wherein a specific object is projected into a surface and by touching the projection, the particular object will function. On the other hand, a non-interactive method is widely used to create deception about a certain position, orientation, and depth of an object. Both of these methods are highly efficient in different industries, especially in education and healthcare. 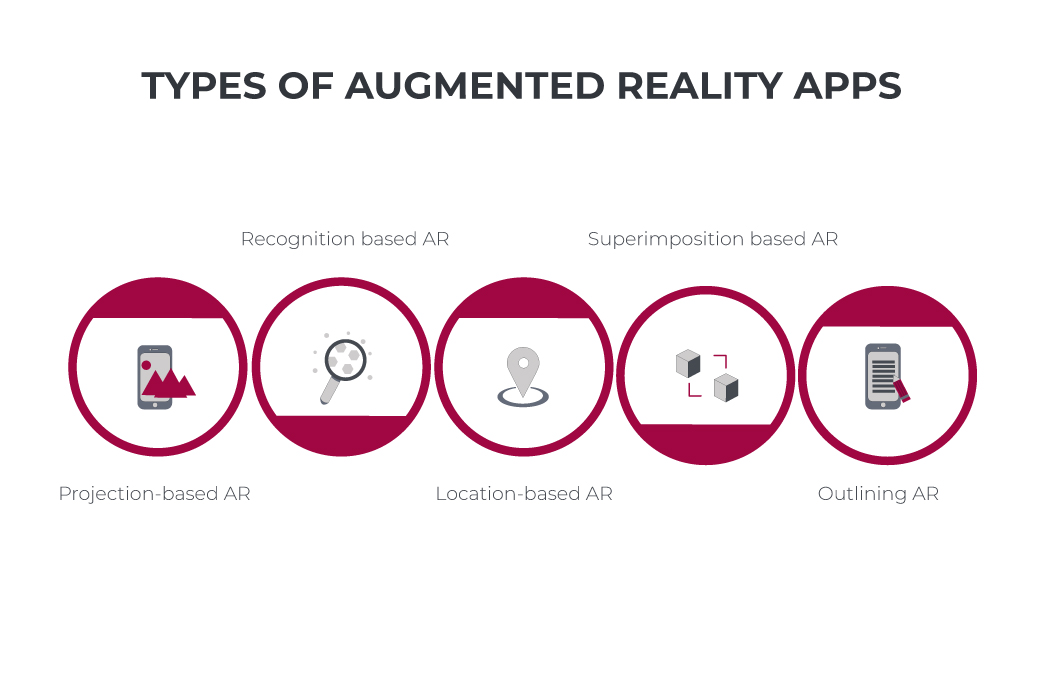 This type uses image recognition for pattern detections or image markers. Once the application can recognize an image or an object, its information will be readily available. Recognition-based AR apps use different methods to recognize objects and identify information. One is the simulation of objects in 3D wherein non-3D pictures are used as markers to create a 3D version of itself. Another one is the translation of different foreign words detected wherein the Optical Character Recognition technology is used via the camera and translates into a prevalent or user's preferred language.

GPS, accelerometers, and digital compasses are used in location-based AR apps to establish the location and create augmented reality objects. Aside from being able to use these apps like maps, it can also provide and formulate interesting locations to visit based on the current location you are in or previously searched. It can also provide additional information and trivia about a specific location which again, can be helpful for tourists and travelers across the world.

Using cameras and sensors, outlining AR apps are used mostly in vehicles and the streets. Outlining AR is used especially in cars that help you whenever you’re parking it. Cameras and sensors allow you to see and notice the boundaries in an environment that cannot be seen in the rear-view mirror. It is also used by architects and engineers to study locations where pillars and metal bars are to be built for construction without having to use a lot of time on paper drawings. 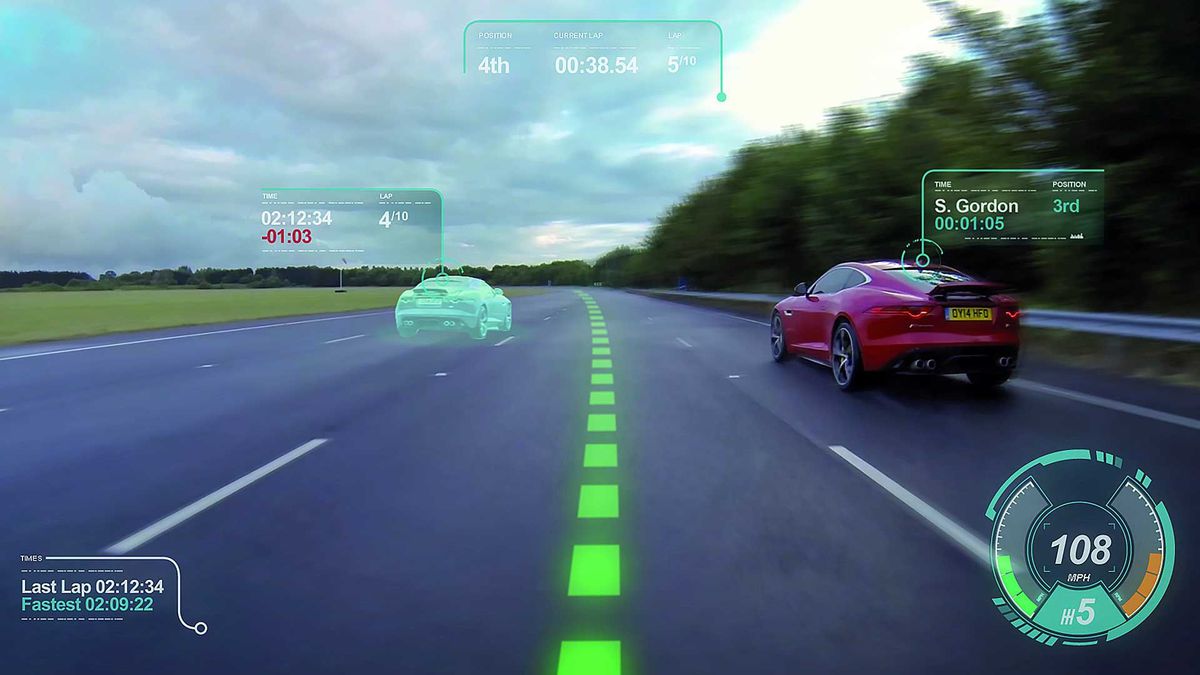 Popular in the healthcare and medicine sciences industry is the Superimposition-based AR app. Doctors typically use this technology to superimpose a view of a patient’s body parts like bones, tissues, muscles, and organs to better understand the damage and provide timely treatment. Another example of Superimposition’s implementation is in military applications where visions of important objects and targets are easily seen.

How to Choose Augmented Reality SDK?

What is Augmented Reality SDK?

How to choose the right SDK?

There are many factors you need to consider including project goals, management style, and most importantly the tech stack of the app you are creating. It is also important to note the following:

Equipped with this knowledge, you will be able to know just how much money you need to build AR app.

Wondering how to create an augmented reality app? Below, there are some of the most popular toolkits in the market at present: 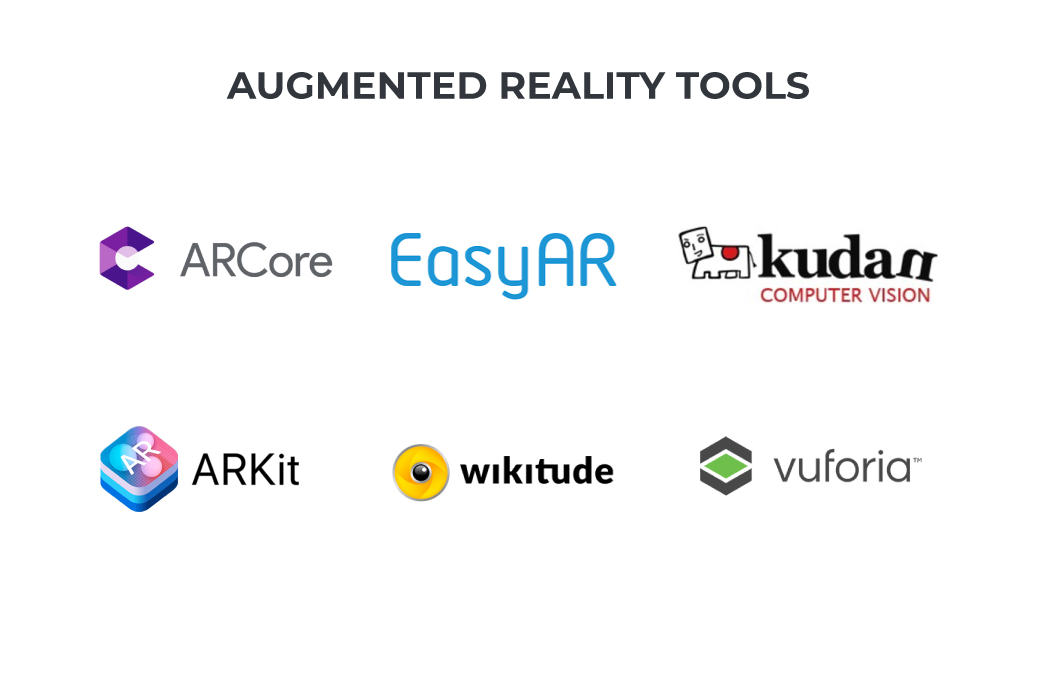 The Best Augmented Reality Apps for Android and iOS

Augmented reality incorporated into our daily lives might sound like a sci-fi movie but as technology evolved, it has become a necessity for an easier and improved quality of life. Here are the best-augmented reality applications that impacted the lives of developers, brands, and users remarkably: 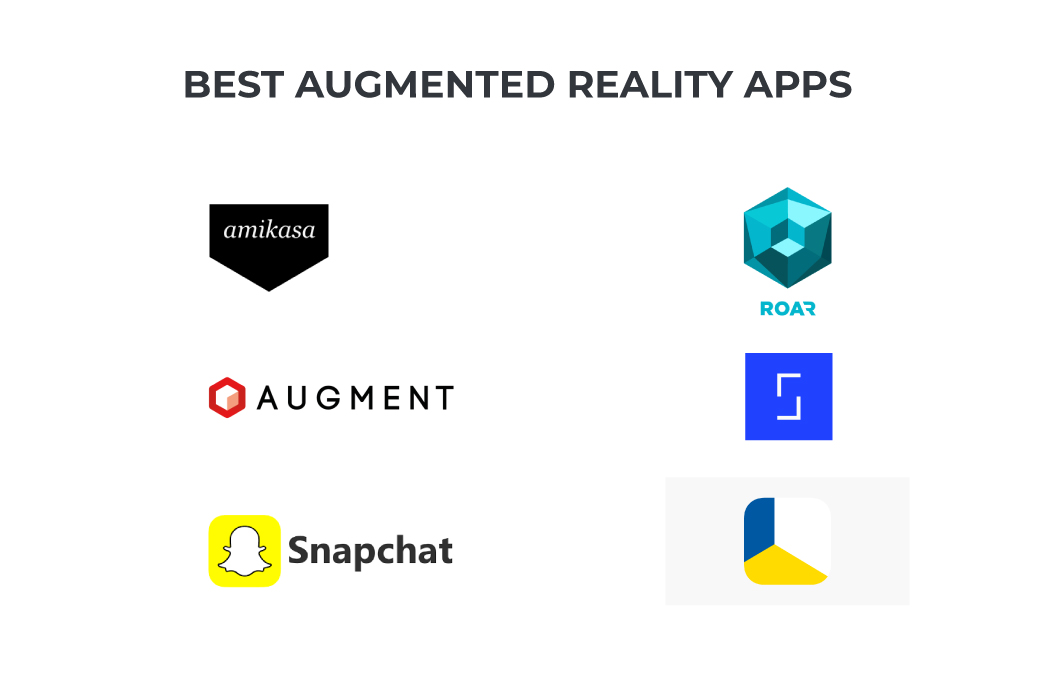 Amikasa – an app only available on iOS that helps you design a room and figure the layout of every piece of furniture you wish to buy by giving you a 3D vision of it. It has features to help you visualize the color story and perfect furniture style.

SketchAR – this app projects an image of your choice on paper which you can use to trace and draw without having to struggle with grids and sketches.

IKEA Place – another furniture and home décor app with special features that consider the size of your home and entire floor plan to suggest perfect furniture for your place and taste. 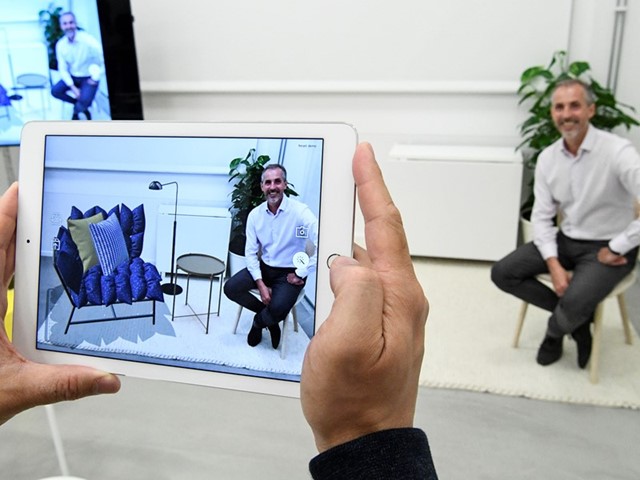 Roar – for a more convenient shopping experience, the Roar app provides important shopping information such as prices, ingredients, reviews from other users, and even promotions and discounts available by just taking a photo of the object you’re interested in.

Take a look at this extensive guide on

Snapchat – a social media app featuring different geotagging options and face filters for animated or still photos. It can also be used by different brands as they have an option to incorporate their branded filters for users.

Wrapping it up, augmented reality has a wider scope and practical usability compared to Virtual Reality. According to the Statista forecast, the augmented reality app development industry is to reach $160 billion by 2023.

With this huge growth in the industry, AR is to generate the highest revenue in the next 5 years which is very promising especially for mobile app developers. However, it is important to understand that to create successful AR applications, businesses need considerable time and money resources. It can be challenging but it’s definitely lucrative and life-changing.

Find out more about our

The experts in our company will be happy to assist in the requests you may have. The same goes for the consultations on your project in regard to the time of its implementation and pricing information. Feel free to contact us at sales@codeit.us.

What is AR and how does it work?

AR is a technology that allows you to add digital objects to physical space thanks to a video device, be it glasses, a smartphone camera, or anything else. The range of applications is extremely large and starts from adding face filters on Instagram to changing the environment around you.

How do I create an augmented reality app?

In order to create an AR application, you need to contact an experienced company that has a set of completed cases and expertise in this area. Together with the company, you will choose a suitable SDK and a team of people in order to turn your AR idea into reality.

How much does it cost to develop an augmented reality app?

As in any other segment, the cost of developing an AR application varies greatly depending on the specifics and complexity of the application, as well as the set of necessary features. On average, a simple demo application costs about $10,000, while a complex and custom application with a long development cycle can cost over $300,000.