The influence of smartphones and mobile applications on our today's life is far from something new. Today, it is difficult to find people who do not use their smartphones and applications on a daily basis. According to research, mobile app downloads have increased by over 45% since 2017, reaching an incredible number of 258 billion downloads. The whole mobile app segment is also growing and is predicted to reach around $935 billion in 2023. In such a situation, it isn't surprising that entrepreneurs of any kind are actively entering the mobile applications market in order to provide their users with a more convenient, personalized, and custom service.

Considering the competition that exists in the segment, businesses need to reach as large an audience as possible if they want to generate income. The problem is that the development and maintenance of separate applications for at least two major mobile operating systems (iOS and Android) can be too expensive for small and medium-sized businesses or startups. In this situation, the emergence of a new technology that would simplify and reduce the cost of this process was only a matter of time.

The result of this zeal is what we today call cross-platform (or multi-platform) development. From the very first days of its existence, the cross-platform development method started to compete with the "classic" native development approach. To this day, the debate continues about which approach is more preferable.

Although it may seem that cross-platform development obviously outperforms native development if only for the fact that it allows you to create an application on several platforms at once, this is not entirely true. For a number of parameters, native development is still a higher priority option for product owners. Nevertheless, both multi-platform and native are two development paradigms that don't stagnate but are constantly evolving and maturing, having a large number of followers among developers and businesses.

Chosen market's state and your business goals - that is what really important. Only by correctly considering these factors, can you make the right choice in favor of a particular method. We will reveal information regarding the cases when it's better to opt for native or multi-platform development near the end of this article. In the meantime, we invite you to take a look at the comparison table of both approaches. 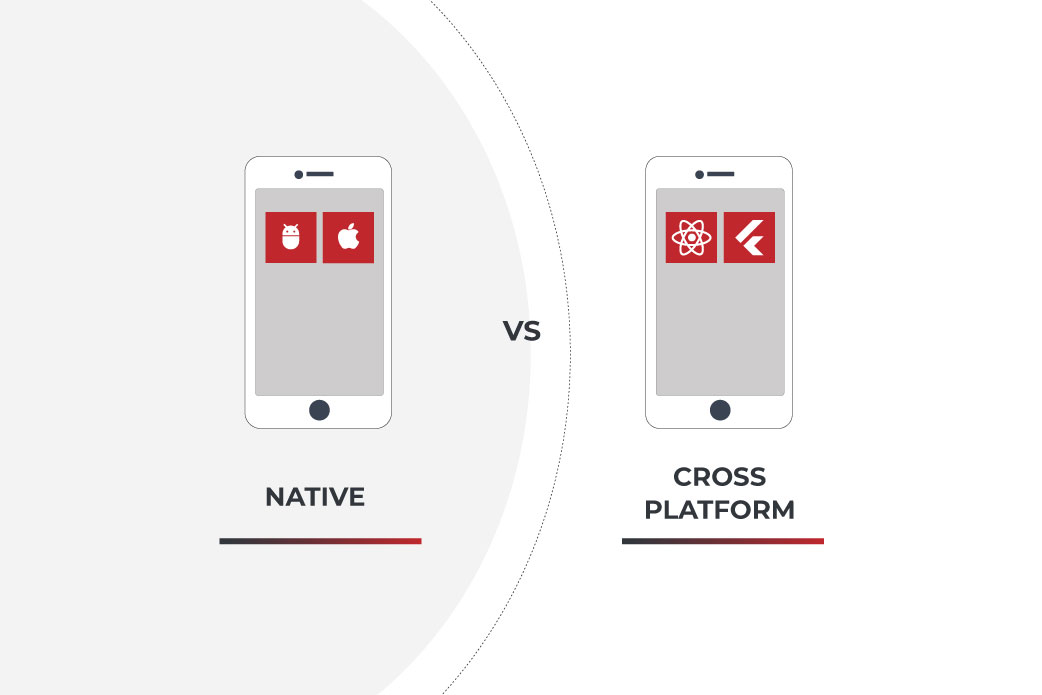 Now, let's look at the business benefits of cross-platform development.

Despite the rather obvious advantage of native applications over cross-platform ones in terms of performance, the latter is still in great demand among businesses. This happens for a number of reasons and the main one is the fact that cross-platform development doesn't stagnate, it's evolving, improving the overall performance of applications developed. In addition, the speed and bargain of development remain the main factors in choosing between the two approaches for many entrepreneurs. What other business benefits do cross-platform development possess?

The income that an application will generate depends on many factors, including the type of its monetization, its specifics, market segment, and so on. However, one of the key factors, of course, is the number of people who will use it. Regardless of the specifics of the application, the opportunity to present and sell your product to a larger audience is an undoubted huge bonus. This is one of the main advantages of multi-platform app development. Having assembled a single team of specialists, the business can create a product and release it on several platforms or operating systems at once, gaining access to the highest possible audience.

In today's high-speed digital world and technological advancement pace (which changes the rules of the game every few months), an application must be built quickly. Delaying development, you can release an outdated product that won't be needed by anyone. Cross-platform development, obviously, allows you to significantly speed up the time-to-market of your application, which also directly affects the success of the business idea as a whole.

Multi-platform applications are easier to update, both from the maintenance team and the user's point of view. The possibilities that cross-platform mobile application development provides make it easy to carry out updates without declines and almost unnoticeably for users. Besides, they won't have to download large-scale updates that will require a serious load on their devices.

In the end, product owners are interested in how soon their initial investments in development and promotion will return. Cross-platform development assumes the fastest ROI, thanks to all of the above. In addition, with a multi-platform application, you don't need to maintain a support team constantly. Just a few specialists (depending on the scale of the application) who will be involved in app maintenance and customer care will be enough. It also helps to cut costs in the long run. 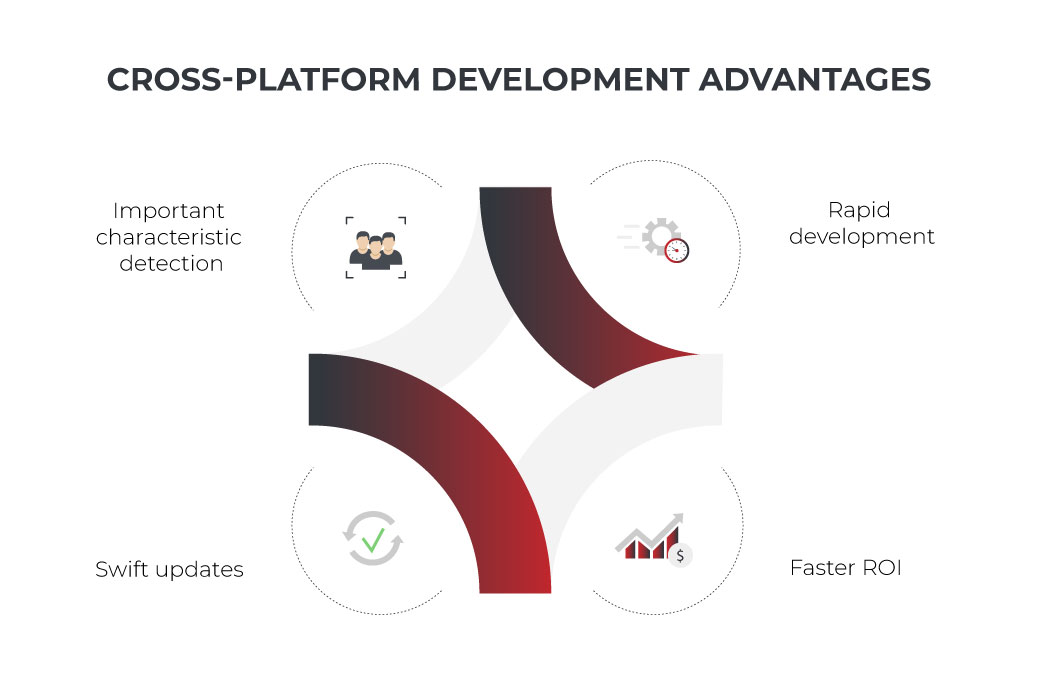 Having figured out why cross-platform development is in demand among businesses and what advantages and disadvantages it has, we move on to multi-platform development tools. In order to understand why we have chosen exactly the frameworks you will see below, we must tell you what factors you need to consider before making your choice in favor of one or another option.

Every cross-platform mobile development comparison starts with this. The main essence of any framework is to help developers create the most valuable product asap and with as few resources as possible. To do so, you need to choose a framework that allows the creation of maximum value with a minimum code-writing, and this is the main factor that should be considered before picking a tool.

The next value of cross-platform development is the creation of an application for several platforms at once. And although most cross-platform mobile development tools provide this opportunity, you should further study the issue of code compatibility since it can perform in diverse ways on various platforms. Depending on the technology and platform chosen, compatibility may be better or worse.

Don't forget that the application should be convenient not only in terms of development but in usage too. Hold a meeting with all stakeholders to find out which features in the future application will be of paramount importance, which can be added later, and which can be abandoned. This will help you determine the needed technology for your particular business goal.

Despite the fact that you should make a choice in favor of native development in order to achieve maximum scalability, multi-platform solutions still imply expansion and flexibility in the future. However, not every framework is aimed at such tasks, so pay attention.

Rapid development with fewer costs is good, but don't forget that even a multi-platform application should look as native as possible. The functionality of an application is crucial in this matter. The best frameworks on the market allow for maximum functionality while keeping an app fast and scalable. Finally, we shouldn't forget about safety - one of the main markers of modern business success. Choose proven frameworks that offer the most sophisticated security measures.

As you can see, there are a number of factors to consider when choosing a particular framework. However, there are undeniable leaders on the market, in equally great demand both among developers and product owners. Here’s our cross-platform mobile development framework comparison. 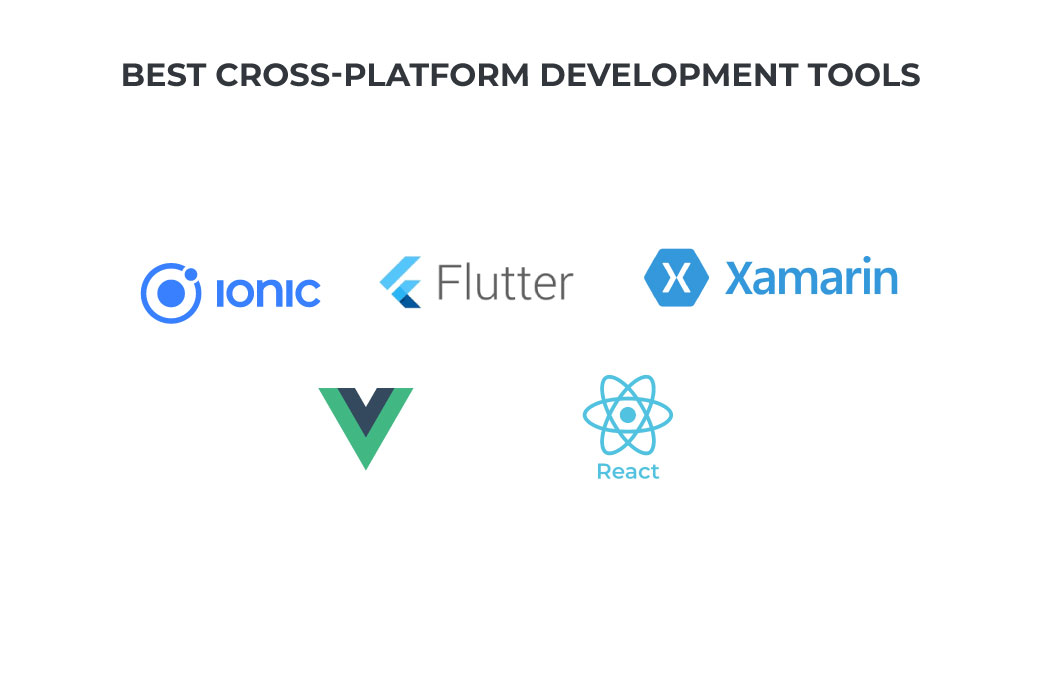 When to opt for native or multi-platform development?

Finally, we want to reveal when you should make your choice in favor of one option or another. The fact is that this issue is paramount for business owners prior to the development of an application. And in many respects, the final success of the business largely depends on the correct choice at this stage.

Opt for multi-platform solutions if:

Opt for native solutions if: 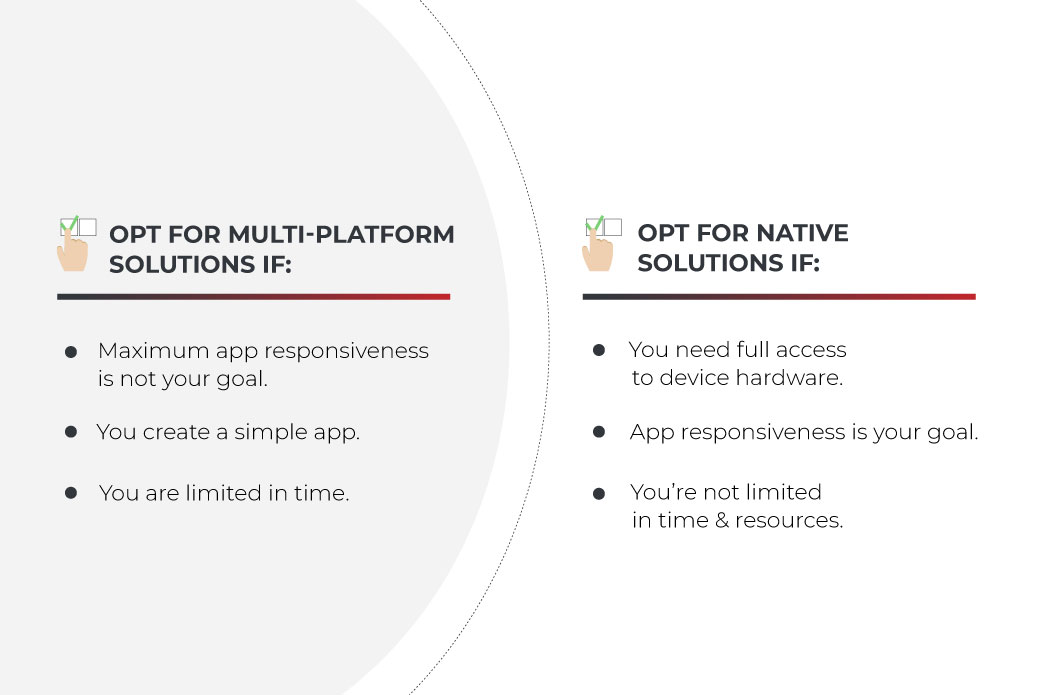 THINKING ABOUT CREATING YOUR OWN MOBILE APP? YOU NEED A CLEAR BUSINESS PLAN TO BE SUCCESSFUL
What is cross-platform mobile development?

Cross-platform tools are frameworks like Flutter, React Native, or Ionic. They are an SDK with a full set of all the necessary tools for creating cross-platform applications. They differ from native technologies like Objective-C or Java with their versatility and unified code, which works on each platform.

Which is better mobile native app development vs cross-platform app?

It depends on your business goals. In a crude comparison, native development will always outperform cross-platform because it offers more functionality, performance, and nativeness. At the same time, cross-platform solutions also evolve and develop, but its main feature remains the speed and cost-cutting that cross-platform development offers.

What technologies do cross-platform app developers use?

The best and most popular cross-platform technologies or frameworks are:

Previous "What Strategies Work Best For Adopting Test-Driven Development" Next "Cybersecurity in healthcare: how to counter today's threats?"