How Long Does It Take To Create An App

Digital and mobile applications are being sold in increasing numbers these days. After all, they are expected to be downloaded over 350 billion times and to generate revenues worth $200 billion in the next two years. Thus, every company, small or big, is developing and marketing apps these days in an attempt to remain ahead of their competition. When doing so, one of the questions is, how long does it take to create an app? The answer depends on a variety of factors. The most significant factors have to do with the resources that you will be working with — in other words, the agency that you choose for the app development project, the scope of your app, required features and the amount of money you’re willing to invest. Roughly, it should take around 6 to 8 months, but we’ve also seen app development projects that have lasted over 12 months.

We’ll take you through the typical stages and their average duration, but before moving forward, there’s one point that we’d really like to highlight. Don’t cut off any corners during your app development project or it will cost you both time and money in the long run. Ensure top-notch quality, but develop a budget and stick to it.

Now let’s answer the question, how long does it take to create an app? 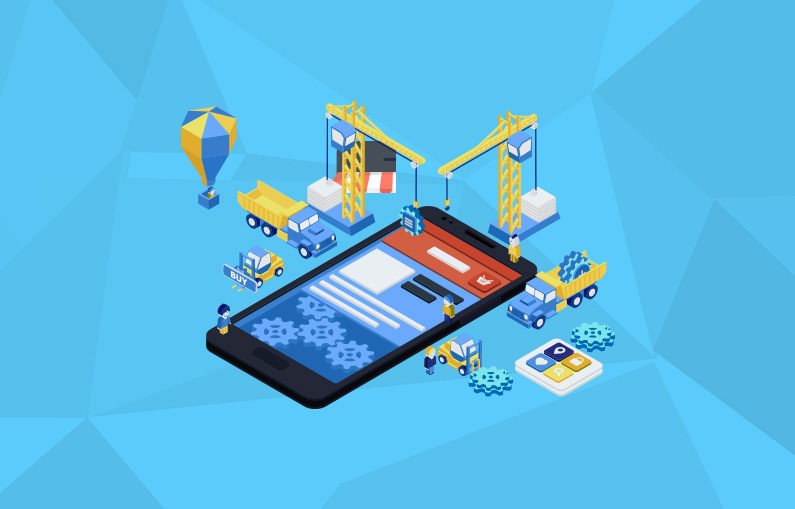 Don’t appoint any team for the app development project before getting a few things out of the way. Prior to initiating the project officially, you should conduct thorough marketing analysis, aimed at finding answers to the following three questions.

Once you have all these answers with you, you can determine the required functionality and monetization strategies.

Project estimation is another step that must be conducted before app development actually begins. Jot down the complete scope of your project, also mentioning what will not be included in the scope. You can then use the scope document to prepare detailed requirements, costs baselines and an estimated budget.

Review a complete list of required features and share them with potential app development companies. Accordingly, they’d give you an idea of the time and money involved. Generally, a recommended approach is to launch an MVP version initially that only contains basic features. Market this version, analyze the response of your targeted audience, and then plan out improvements for the next launch.

The Minimum Viable Product (MVP) version of your app will only concentrate on the central idea – the core solution that you come up with. No secondary features are included. This approach has been derived from the lean startup concept, which revolves around building products in a reasonable time without exceeding the minimal budget. Even though a lot of the features are stripped off, MVP versions of an app do offer value and can quickly help you get a revenue stream. Development risks are minimal, and this is why MVP app versions are highly recommended.

The project planning phase is also called Sprint Zero in the Scrum world. The goal is to lay the foundations of the app development project, which is accomplished through the steps outlined below. As already mentioned, this phase can take as long as 5 weeks but don’t skip or rush through it because it will be the setting stone for your app development project. 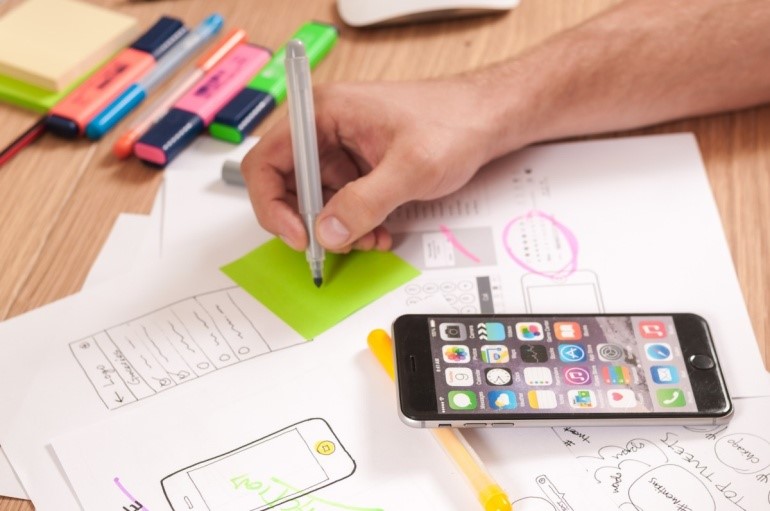 Developing and Building a Team

An app development firm will review your requirements and determine the most suitable expertise and skill set. These resources are then appointed to your project and are generally available until the closing phase. Interviews are conducted wherever necessary. A project manager is also brought on board, and they usually serve as the main person of contact throughout the app development project.

User stories, as the name emphasis, explain features and functions that are in scope, putting emphasis on the primary goals of the app development project.

Determining the UI/UX is a critical step that significantly affects the remaining app development timeline. During this step, lay out your requirements in detail, specifying the platforms and devices with which you want the app to be compatible with. Needless to say, if you want your app to work on a wider range of operating systems, the app development timeline will probably increase.

Apps can be developed using a myriad of technologies, but only some of these will be suitable for your needs. Your chosen app development firm will suggest suitable platforms, frameworks, third-party components and APIs.

This is the phase when the actual development work begins. Generally, two teams work on the project: the front-end and back-end development teams. Back-end development is responsible for the core logic or purpose behind the application, suitable data processing techniques, app performance, and integration. General tasks of this stage include the following.

During the front-end development step, user interface and experience related modules are created. A list of general tasks includes the following.

The average duration for this phase is 18 weeks; 10 weeks for back-end development and 8 weeks for front-end development. Even though two teams do work, many times this isn’t done simultaneously, which causes project delays.  Generally, the back-end developers should first work on their part; they write most of the code, which serves as the foundation supporting the front-end interface. Also, the two teams must communicate regularly and effectively to minimize potential issues.

The average duration for each sub-phase is shown in the table below.

As already mentioned, the more platforms you want the app to be compatible with, the longer the app development process will take. In essence, the number of platforms that you choose will actually be the number of required versions.

App development of each platform differs in terms of programming languages, tools, and technology. Generally, apps designed for the iOS platform feature somewhat shorter timelines than Android-based apps. This is because greater optimization efforts are needed for the latter case since Android is available on a wider range of devices. Usually, Android-based apps take around 20% to 30% more time for development.

Android apps are written in Java, whereas iOS apps require Objective-C or Swift. You can also utilize the cross-platform approach, developing apps for each platform at the same time. React Native is a recommended tool for this purpose; it allows you to build native app versions for several operating systems and ensures consistency between each version.

Testing is another critical phase of an app development project. The end goal is to ensure that the final version of the app performs as expected, delivers a seamless user experience and is completely free of errors. This stage involves the following main steps.

Testing can either be alpha or beta. The former of these only involves two teams: app development and testing and ensures that major errors are detected. Generally, alpha testing overlaps with the application development phase. Beta testing is when the app is tested by a set of sample users. This approach is suitable for detecting drawbacks and points of failure. App usability can also be tested through this approach.

How well have things been till this stage? If all is good, deployment should not take too long. Just publish your product on the app store, and you’d be done. However, don’t forget that you’d still have to market and promote the app.

So Exactly How Long Does It Take to Create an App?

Around 32 to 35 weeks. But let’s keep in mind that every app is unique. The requirements, size, functionality, and complexity of each app differ. This leads to very different timelines for every app development project.

An App development timeline can be affected by the following factors.

Even if your app development project is going beyond the planned dates, don’t comprise on the quality of the final product. Spend the amount of time required, but don’t strip off the features or degrade the app in any way. Your app shouldn’t only meet the needs of your users, but also be different from the competitors’ versions. Also, there must be certain features that make you stand out and entice your users to use your app again and again.

Quality app development does take time and is only accomplished after a detailed and thorough plan.

The size of your app also affects development timelines. Generally, apps that belong to the games, navigation, books, education or travel category take the longest to develop. On the other hand, apps that fall under shopping, finance, news or utilities can be launched more quickly.

Generally, app size is dependent upon

If your app development timeline is longer, you would be putting in more money. Set a feasible budget and stick to it. App development is complex and time-consuming, but if you work with the right set of resources and technology, you’ll be able to speed up the project. Follow our blog for more advice.