Nowadays the iOS market has the abundance of Apple devices and iOS versions. When you create the iOS application you need to make sure that it will meet users' expectations on each platform. Testing each device and iOS version manually on every step of the project is time-consuming and in most cases - expensive.

This is where test automation comes in hand. Test automation is the use of special software to control the execution of tests and the comparison of actual outcomes with predicted outcomes. Automated testing enables you to detect the bug and performance issues quickly.

Automation is especially useful during regression testing. Regression testing is a type of software testing that ensures that previously developed and tested software still performs the same way after it is changed or interfaced with other software. During this stage, automation speeds up the process 1.5 times compared to manual testing. Especially if there is a need to perform testing on several devices and OS versions, for which we apply parallel test automation.

Apple made it very easy by providing us with the XCode. Xcode is an integrated development environment (IDE) for macOS containing a suite of software development tools for developing and debugging software for macOS and iOS. Xcode allows to run the same test on different devices simultaneously, or run a different set of tests on different devices. As we mentioned before the test can run in simulators or on real devices: 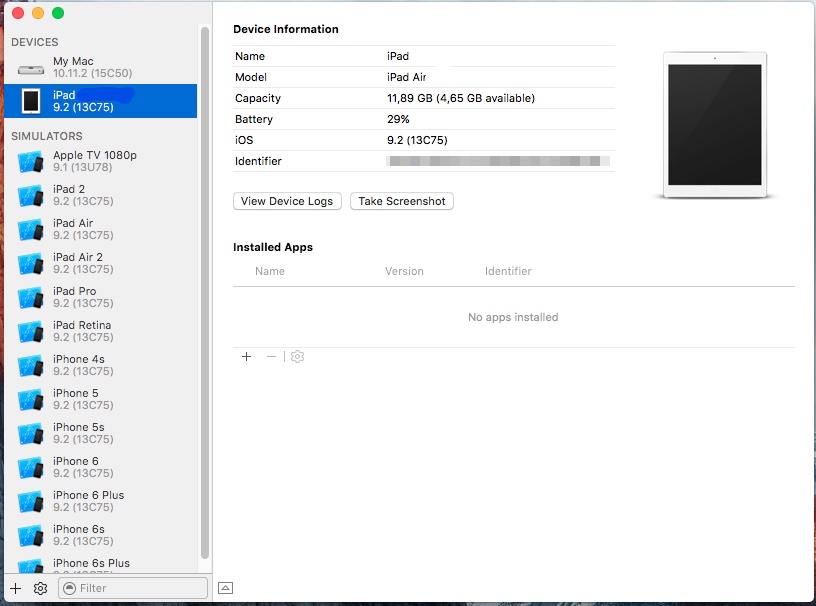 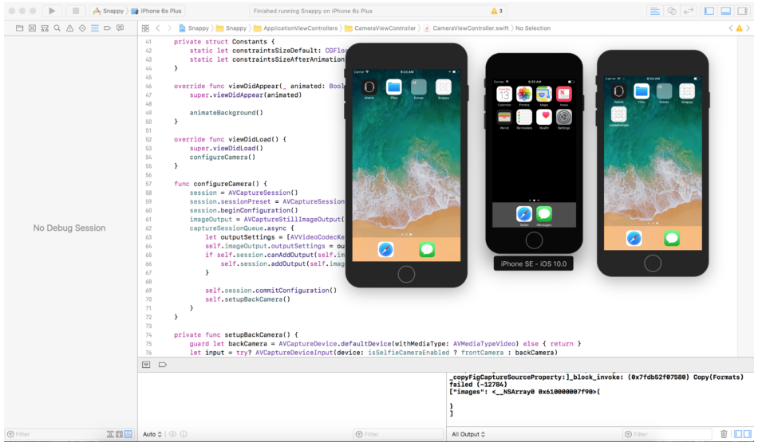 Below you can see how this works in reality. We had a banking app tested simultaneously on 8 iOS devices attached to the Mac Mini.

In case you are interested in testing your iOS app on real devices our iOS development team can provide this service.